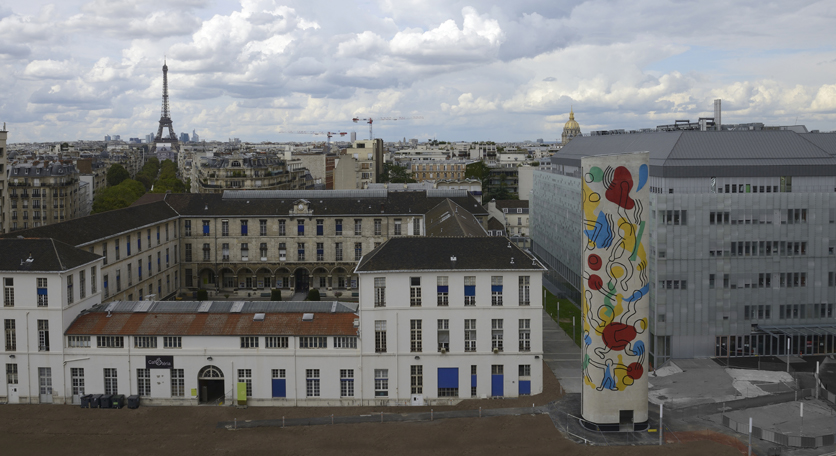 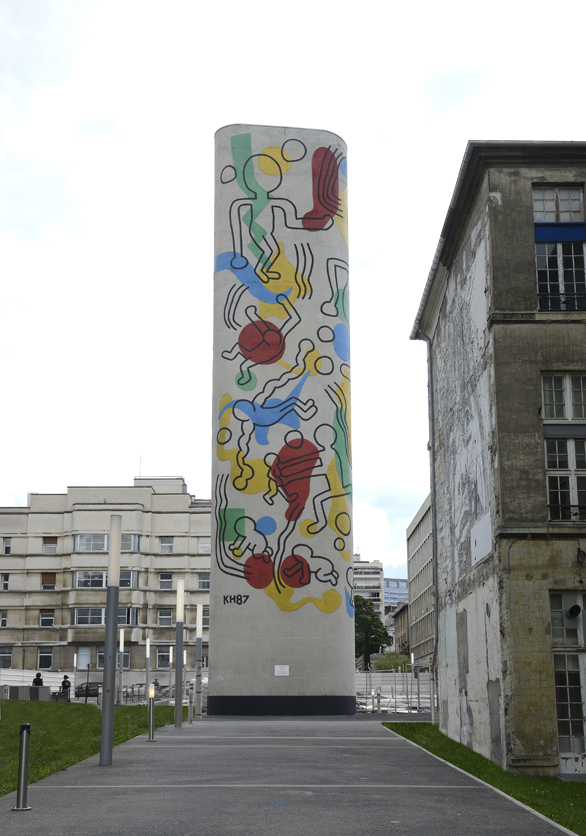 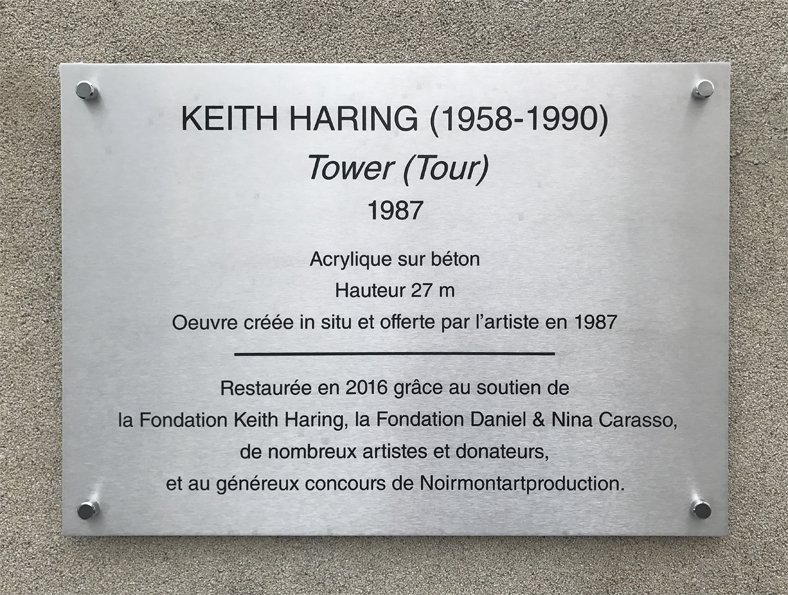 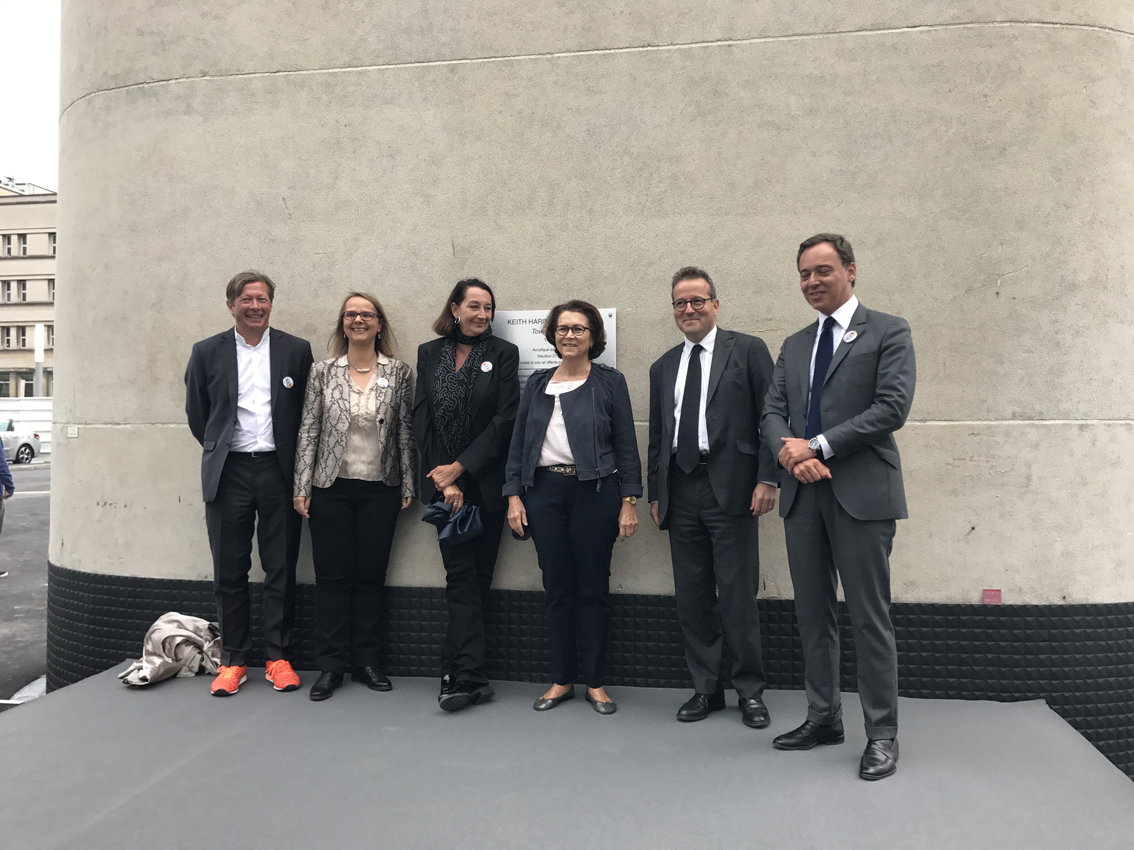 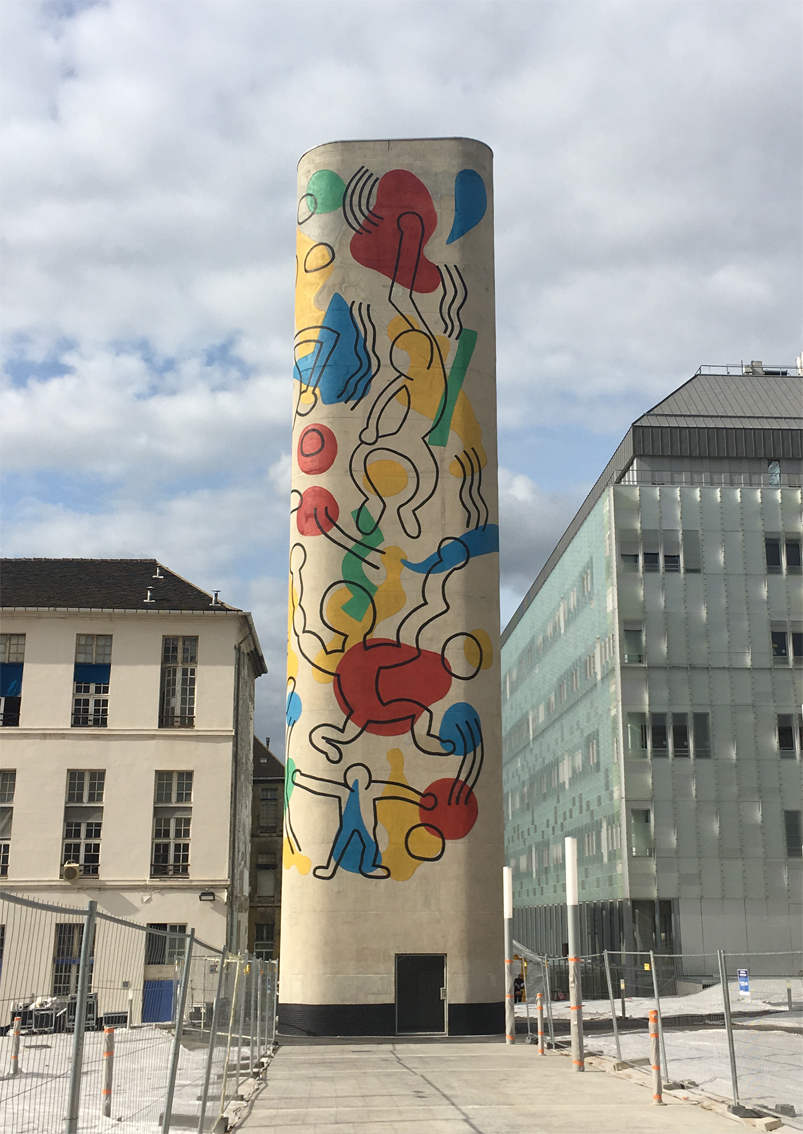 Inauguration of September 7, 2017. Exceptional concert by the Children Chorus of the Maitrise de Notre-Dame de Paris. 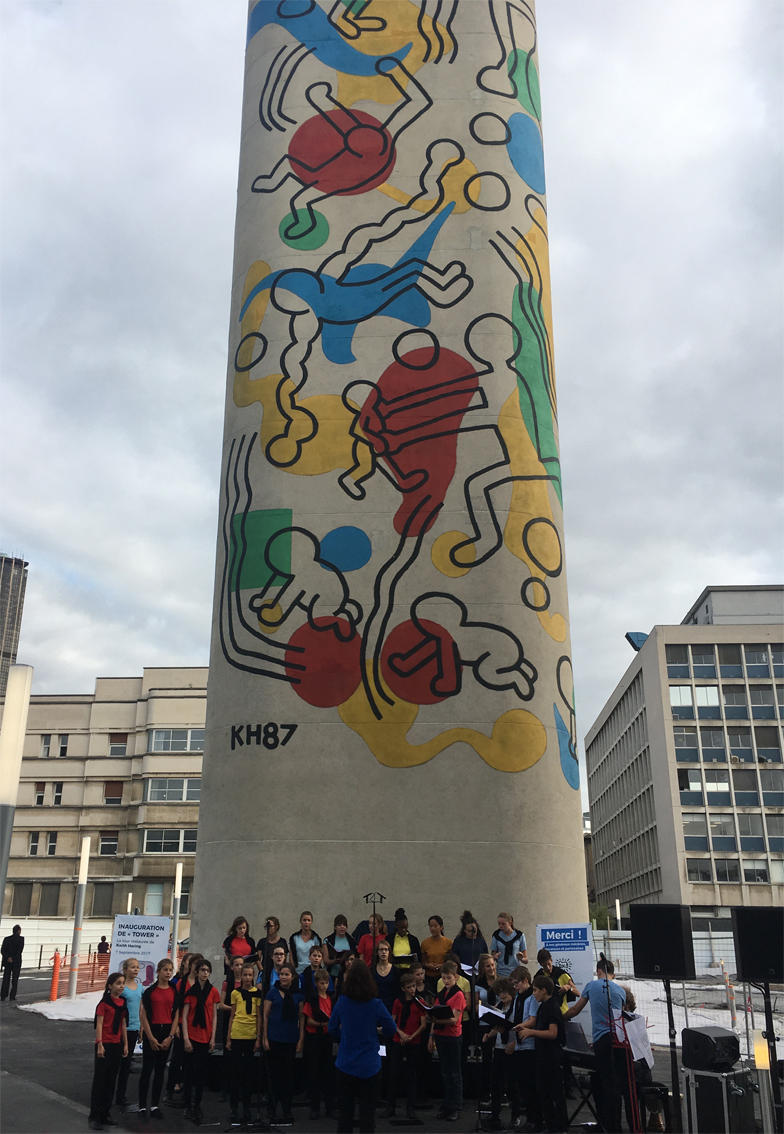 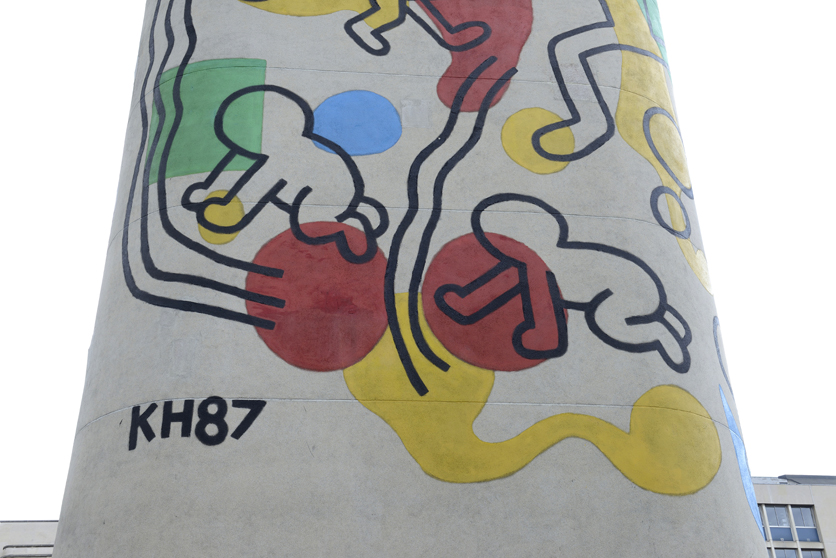 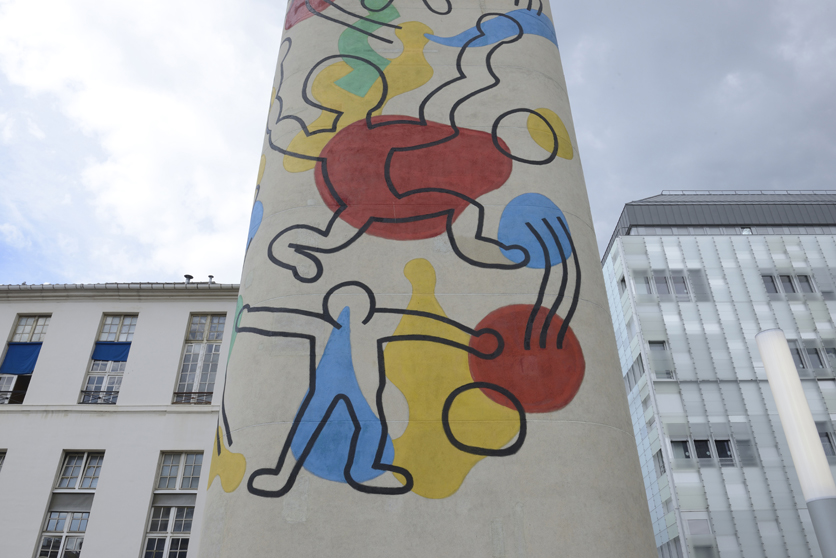 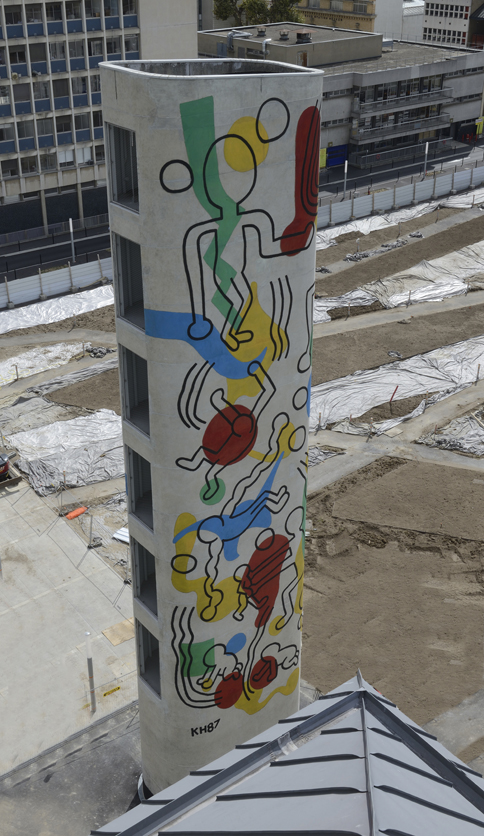 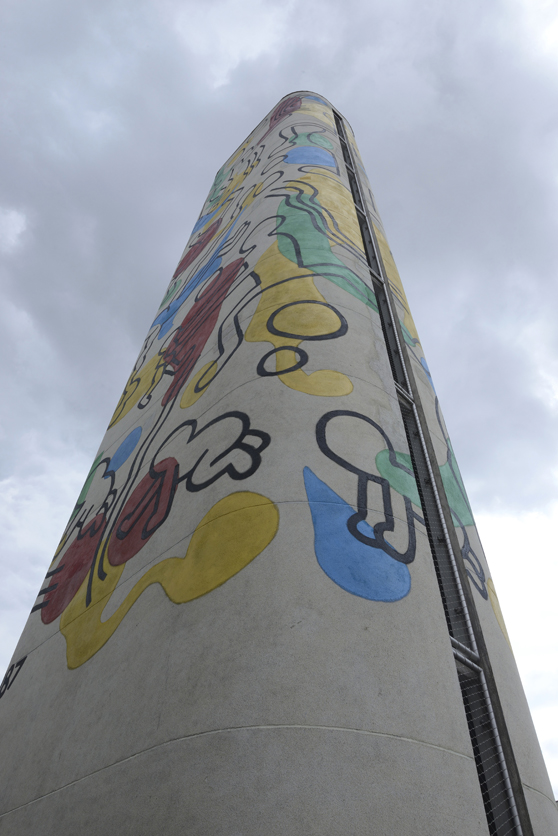 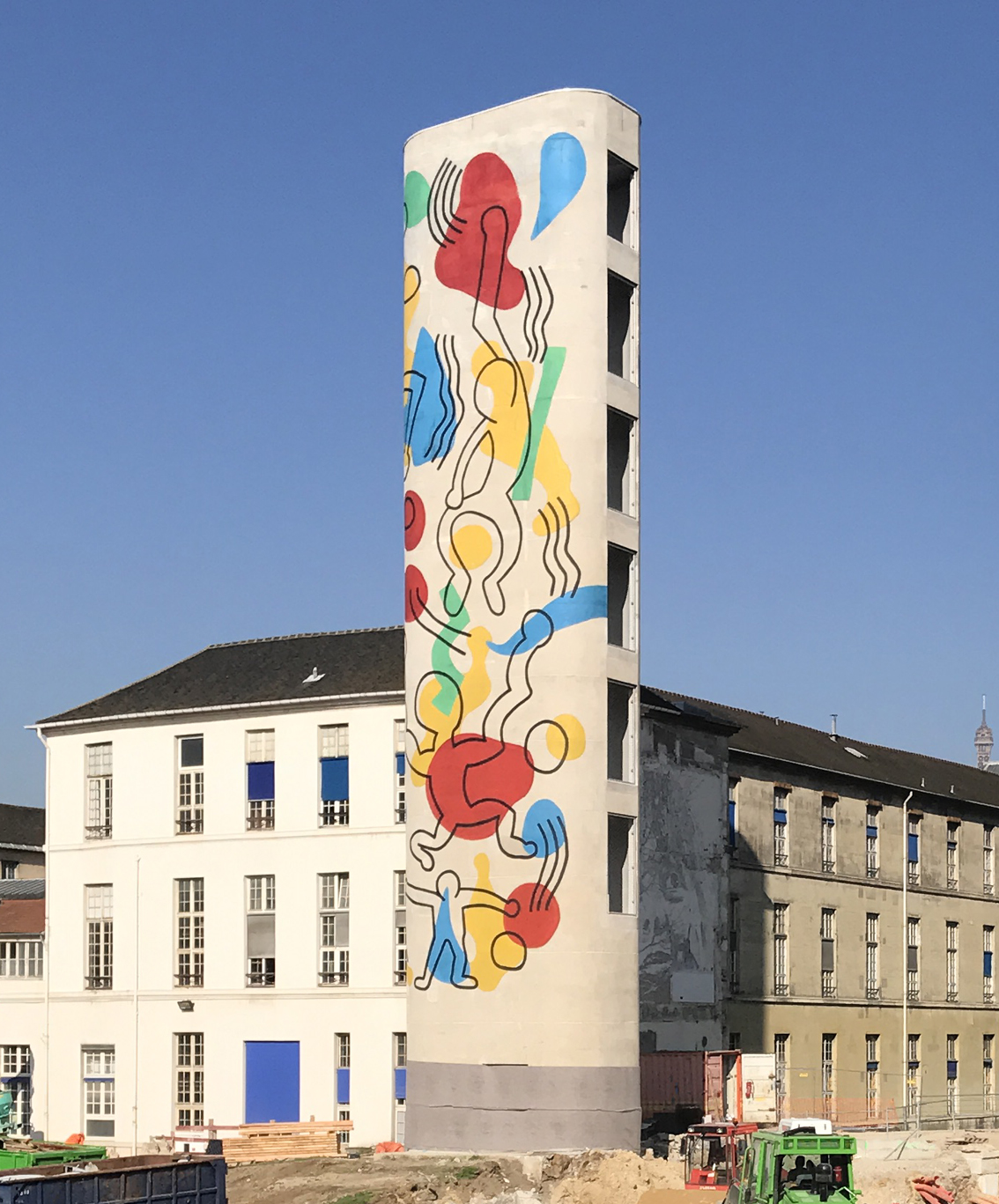 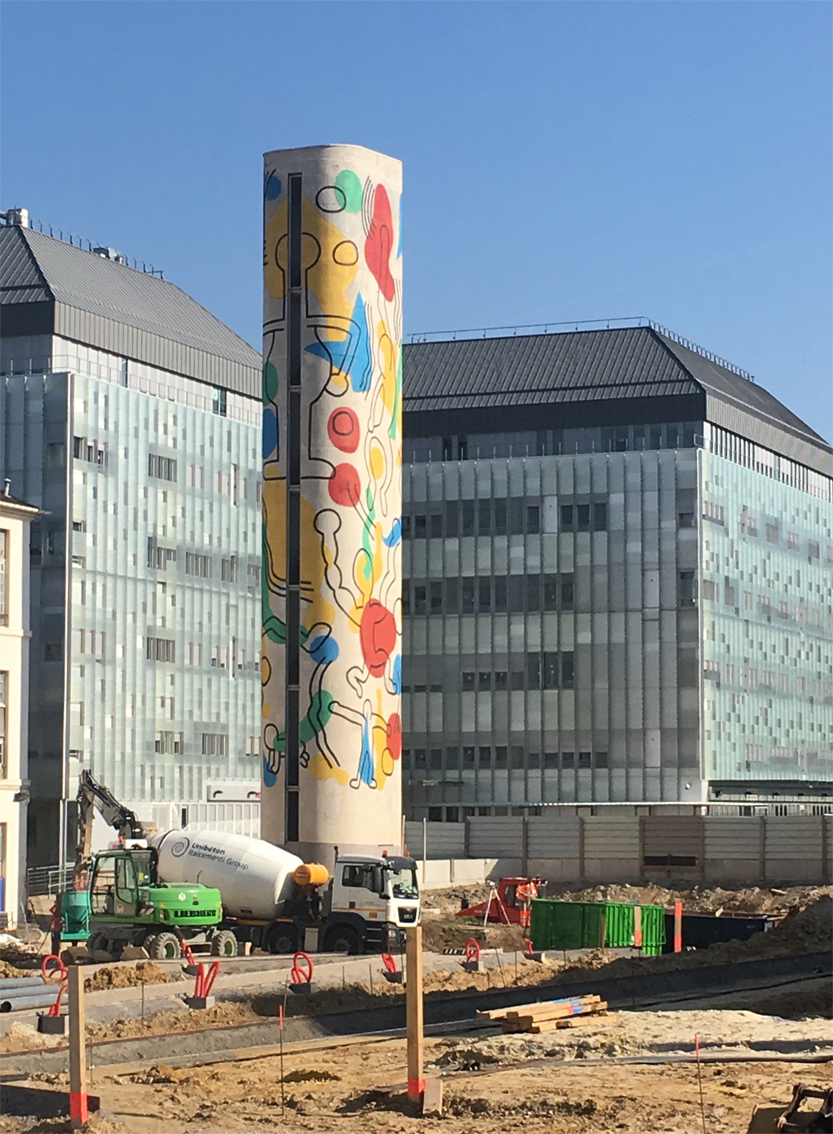 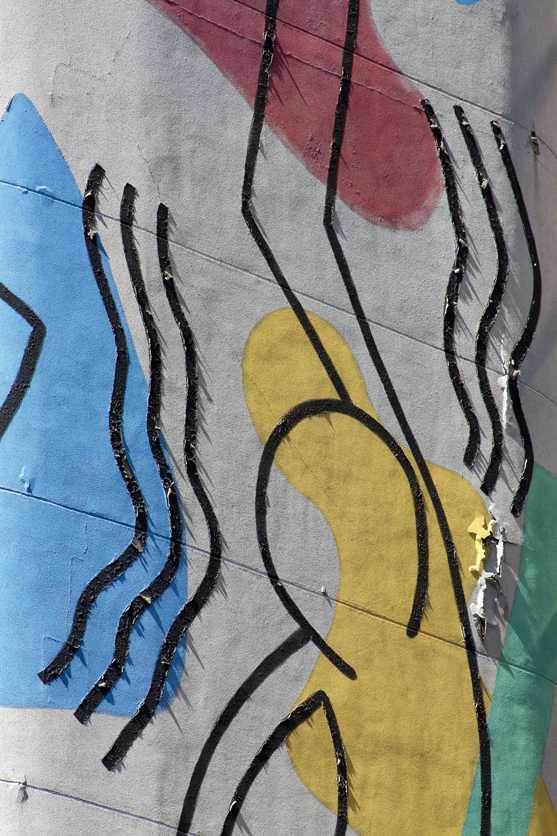 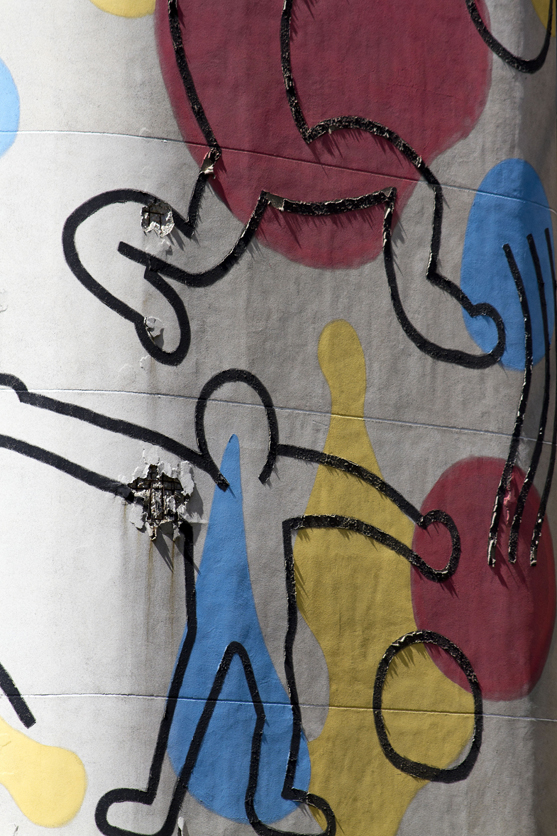 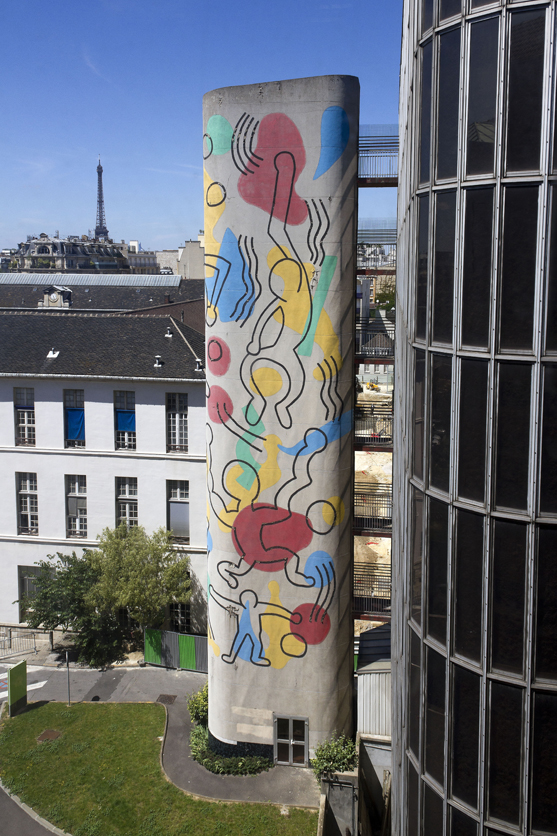 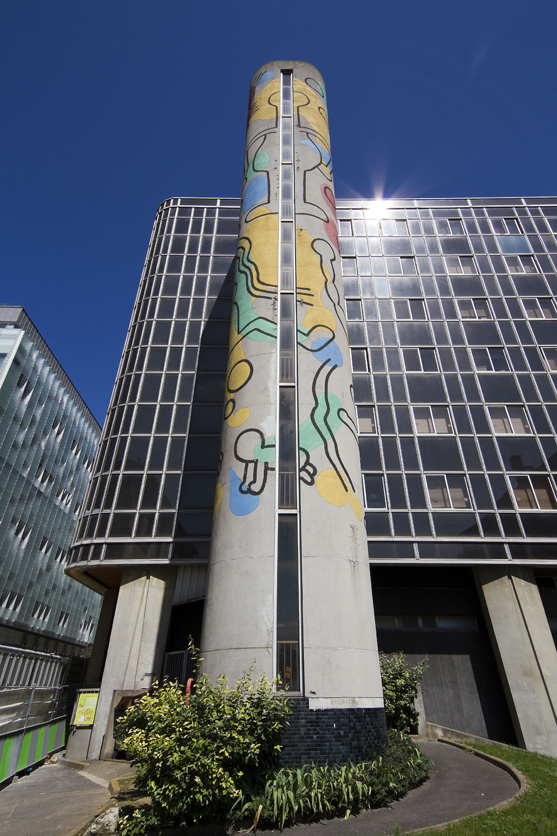 Unveiled on May 6, 1987, the mural fresco of the Hôpital Necker-Enfants Malades is the only outdoor monumental work by the American artist Keith Haring in the French public field, and expresses the artist's engagement for sick children.

The work was graciously created in April 1987 on the emergency stairwell of the infantile surgery center, so that children could enjoy its bright colors and playful forms during their stay at the hospital: "I painted it for the enjoyment of the sick children in this hospital, now and in the future", wrote the artist in its diary shortly after the completion of the work.

A Tower...a symbol of life and hope for the sick children, their parents and the hospital's staff.

Suffering from the hazards of time, Keith Haring's tower was degraded over the years and in 2006, the stairwell on which it was created was planned to be destroyed, to give way to the new architectural project of the Necker hospital.

In order to avoid the loss of this unique work, Jerome de Noirmont worked along with the Necker hospital and the Keith Haring Foundation to raise the necessary funds through different operations of public and private fundraising, to finance the restoration works of the fresco and to integrate it in the new architectural landscape of the Necker hospital:
- An auction sale of mailboxes customized by more than twenty artists was held at Artcurial Paris on March 1, 2012 at the initiative of La Poste for the Musée en Herbe. 50% of the receipts were given for the restoration of the fresco.
- An auction sale of photos shot by Alexandra Golovanoff entitled "Do I need a lift" was held at the Galerie Jerome de Noirmont on March 2, 2012, from which the entire sales income was offered to the Necker hospital.
- On April 17, 2013 an auction sale was organized at Sotheby's Paris, in cooperation with its director and with artists who had known Keith Haring or who were involved in children's causes. The total amount collected was also given to the Necker hospital.
The protection and the restoration of Keith Haring's fresco were enabled by the conjugation of these fundraising operations and private donations.

This monumental work of 27 meters high hence became a full work, a Tower, integrating itself in the center of the new garden of the Necker hospital as a totem, a symbol of life and hope for the sick children, their parents and the hospital's staff.

On September 7,  2017, thirty years after its installation, Keith Haring's Tower, his fight for sick children as well as all the contributors who helped for its protection, were celebrated during an official ceremony at the Hôpital Necker-Enfants Malades in presence of the staff of the Necker hospital, Julia Gruen, director of the Keith Haring Foundation, Martin Hirsch, general director of Assistance Publique-Hôpitaux de Paris, and Michèle Barzach who was Minister of Health in 1987.
A plate commemorating the rebirth of the Tower was unveiled during this ceremony.

Keith Haring was born in 1958 in Reading, Pennsylvania. He lived and worked in New York until his death in 1990.