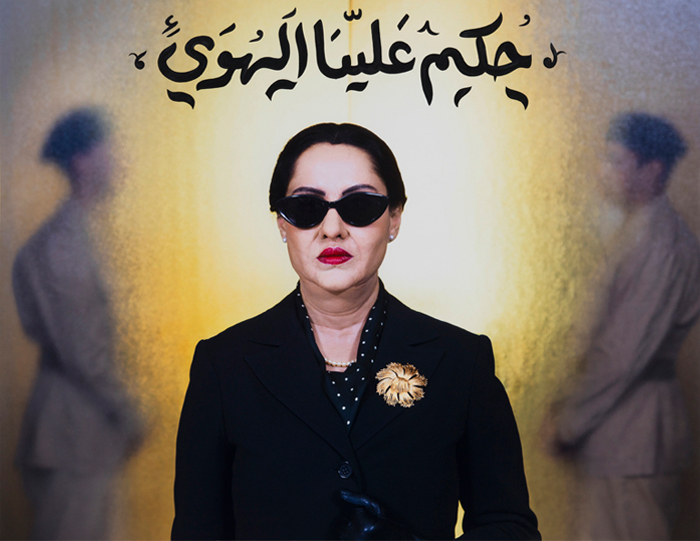 8 photographs: Ink on C-print. Unique edition of 5 plus 2 artist's proofs. Signed, dated, titled and numbered on the reverse. 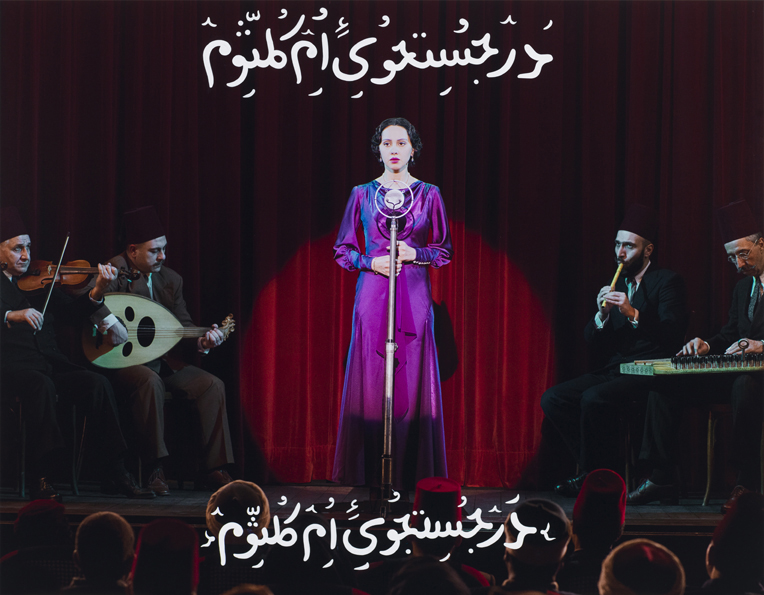 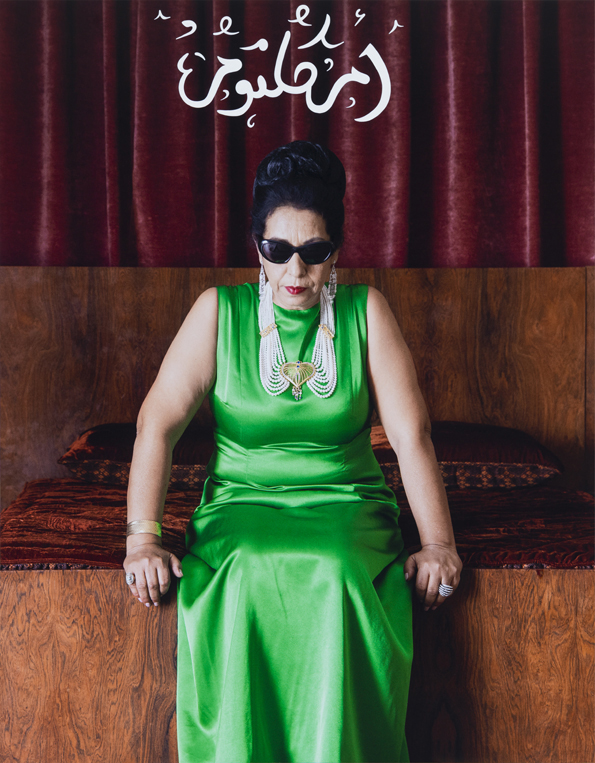 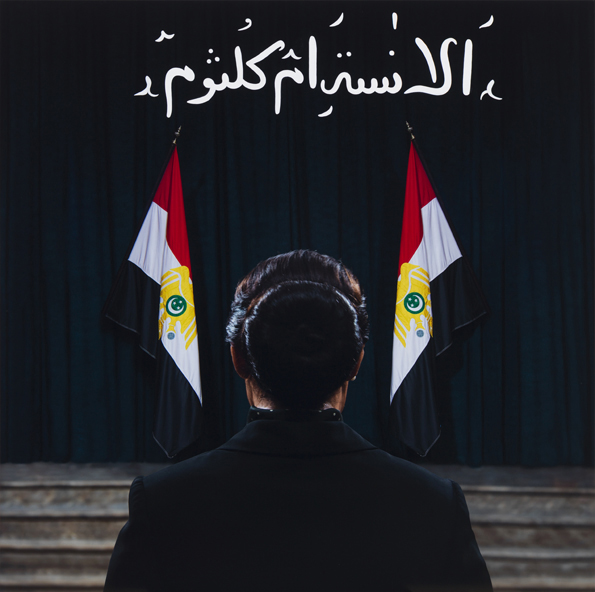 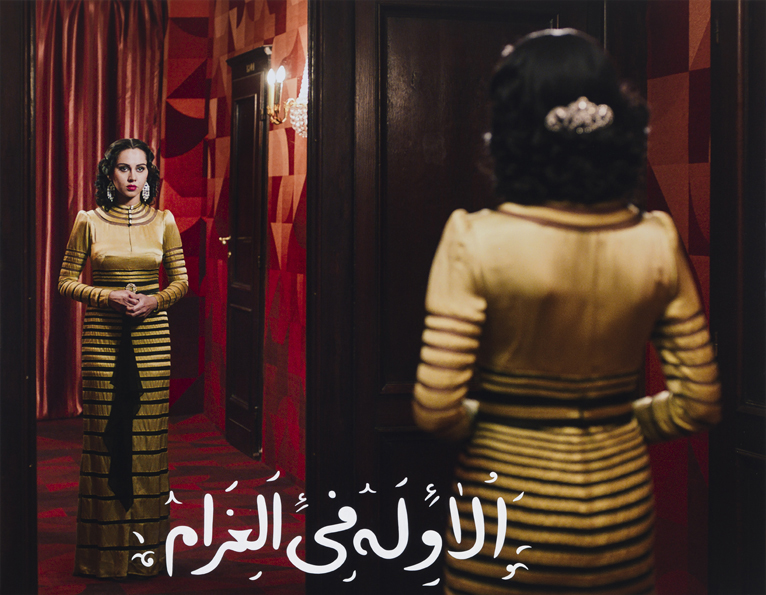 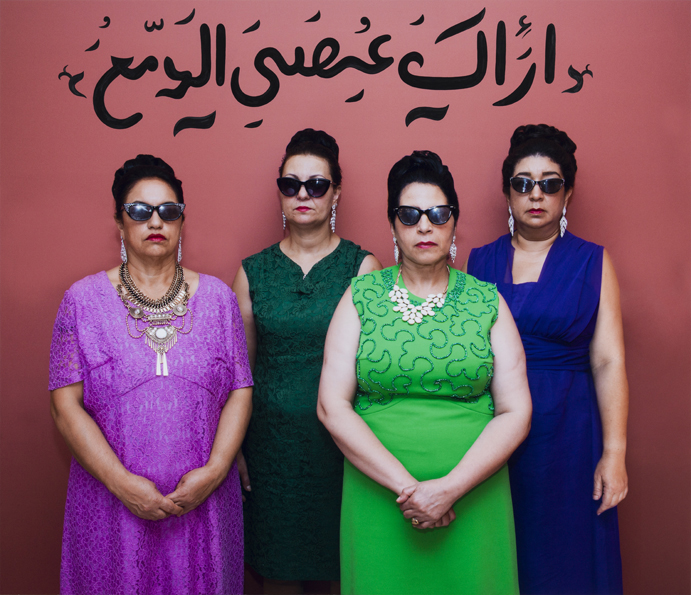 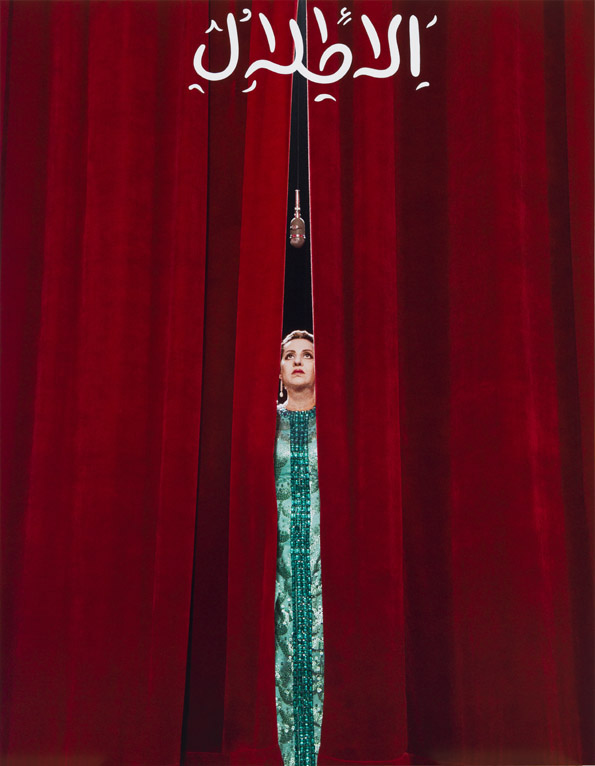 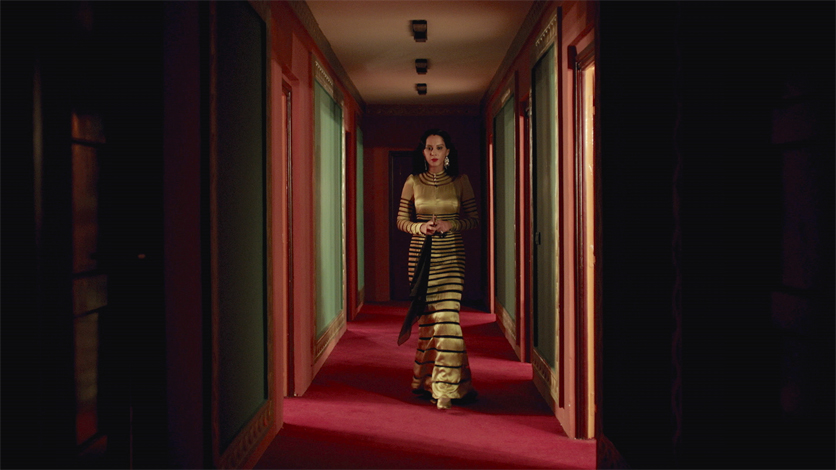 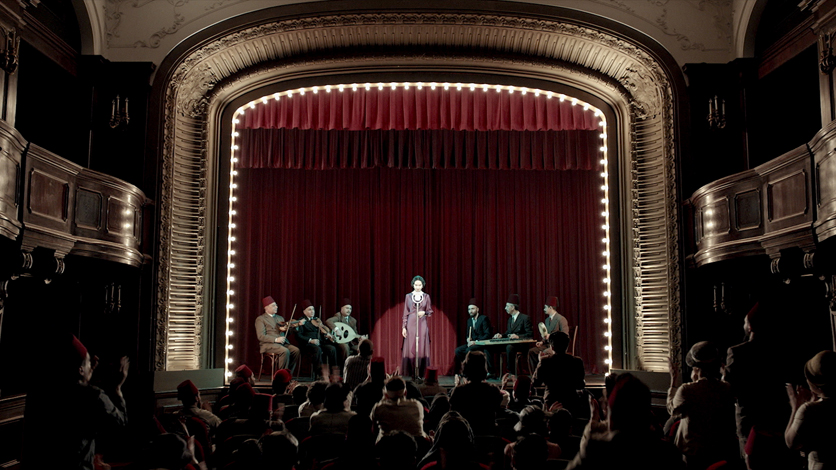 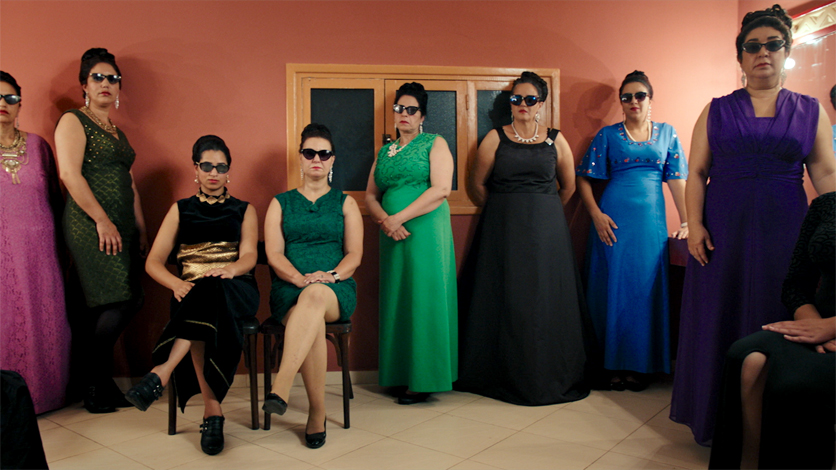 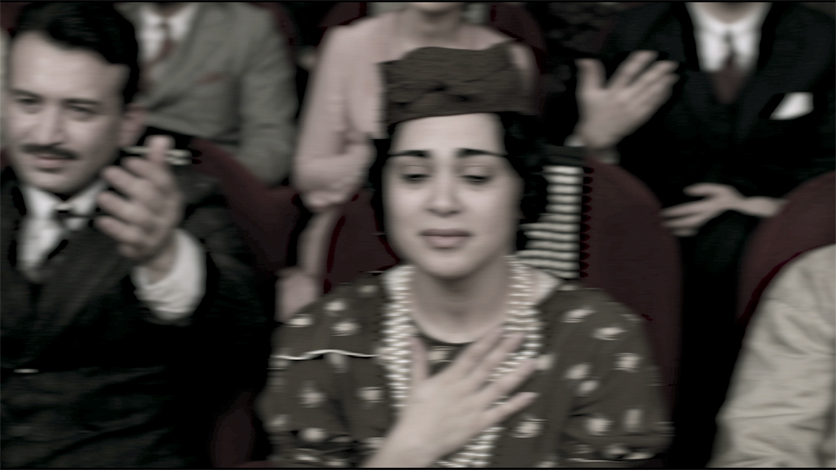 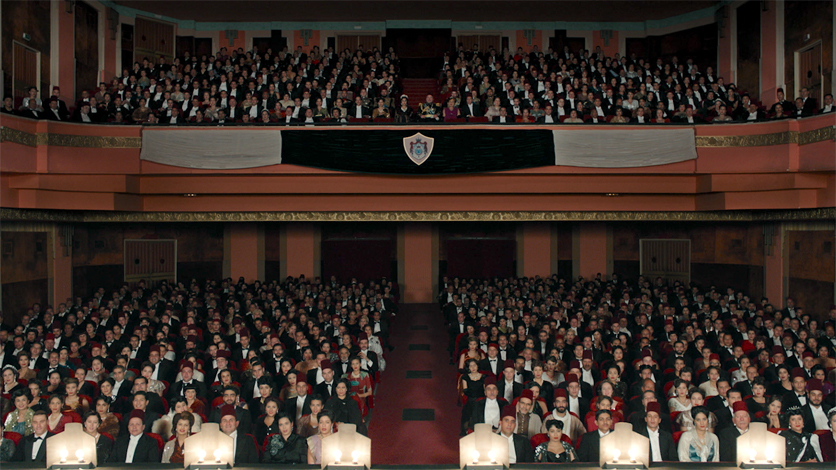 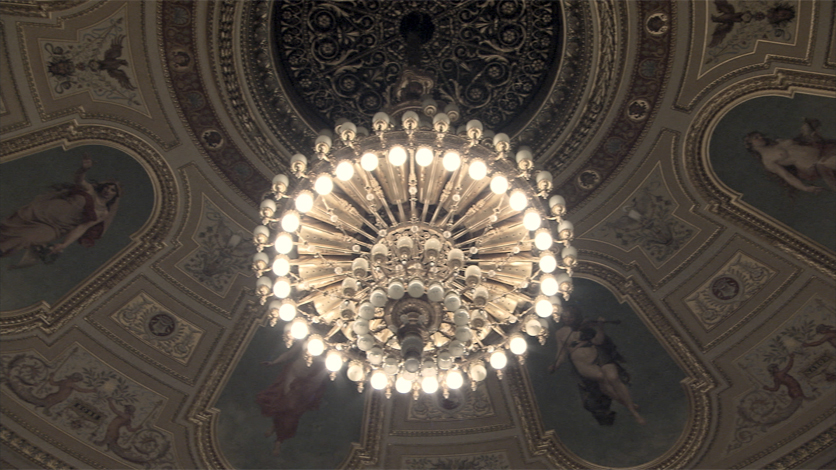 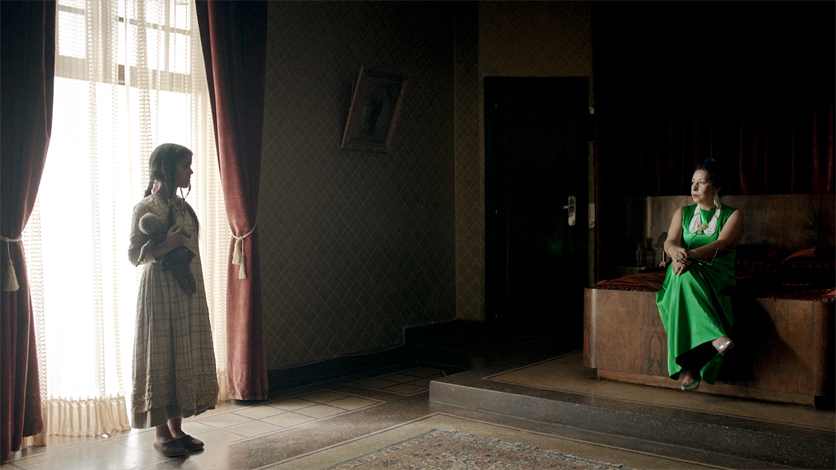 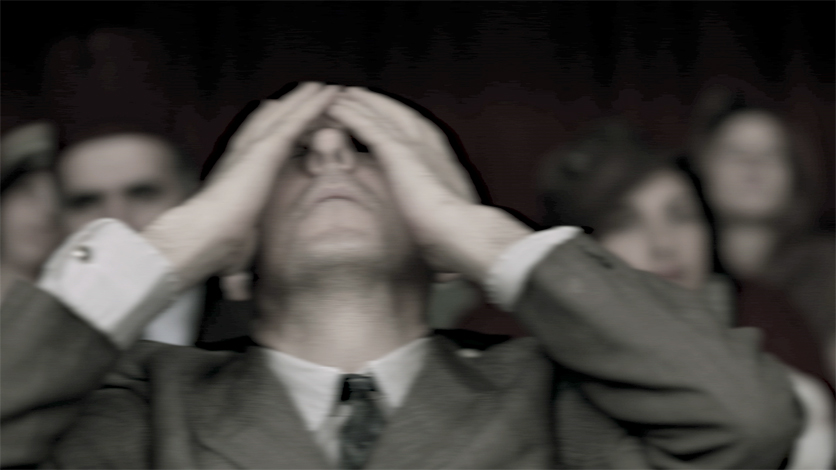 Two years after the unveiling of her movie Looking for Oum Kulthum within the 2017 Venice Mostra, Shirin Neshat displays the artworks from the eponymous series, a group of 8 photographs and 2 videos.

These artworks were created apart from the film, which relates the story of Mitra, an Iranian film director living in exile, who embarks on her dream project of making a film about the legendary Egyptian singer and diva Oum Kulthum.

Inspired by classic 1950's Egyptian movie posters, the 8 photographs feature the actresses of the film in portraits of Oum Kulthum at different stages of her life and career... Frontal and striking images that attempt to capture the mythical nature of the famous Egyptian diva.

Each of these portraits, all large in size (approximatively 50 x 65 in.), bears the title of one of Oum Kulthum's songs, written with ink on the print in Farsi and Arabic calligraphy.

In a much more dreamlike atmosphere than that of the movie, the two videos, Remembrance and In Trance, offer us two emotional and sensitive visions of Oum Kulthum's intimate character and of her mystical power on people.

The two videos offer us two emotional and sensitive visions of Oum Kulthum and of her mystical power on people.

As the artist states:

Remembrance
"Created as in a state of a dream, a young boy traces Oum Kulthum’s aura and voice through a peculiar labyrinth of time and space. From the boy’s point of view, we observe this larger than life female icon, both in the intimacy of her solitude, and face to face with her audience. Through multiple visual and musical juxtapositions, what prevails is the melancholy of an artist as she battles with fame and a desire to be set free."

In Trance
"This short video attempts to capture the mystical power of Oum Kulthum’s music, which was commonly known to elevate her audience into a state of ecstasy (Tarab in Arabic), losing all concepts of time and place.  While exploring her fans’ emotional and out-of-body experience, literally hypnotized by Oum’s voice; we also get a glimpse into the young Oum’s psychological state, as she fears failure in fulfilling the hearts and souls of her admirers."

Shirin Neshat was born in 1957 in Qazvin, Iran.
She lives and works in New York.