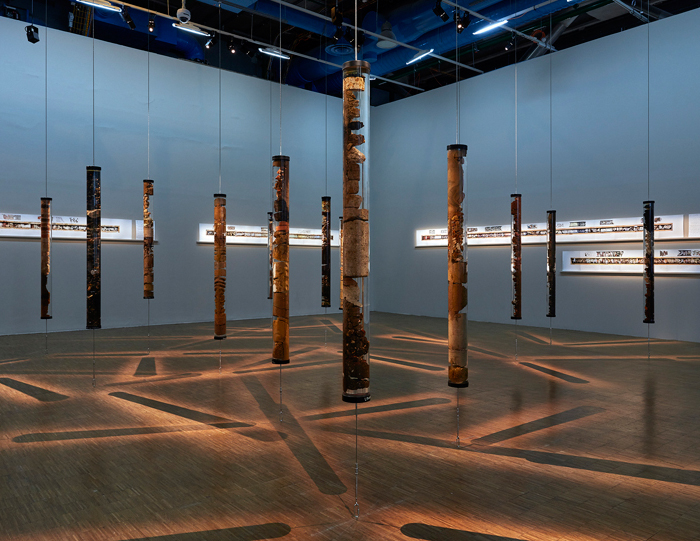 Exhibited in "Unconformities" at the Acropolis Museum, within the Onassis Fast Forward Festival 5, Athens, May 2-16, 2018.

In collaboration with the gallery In Situ Fabienne Leclerc. 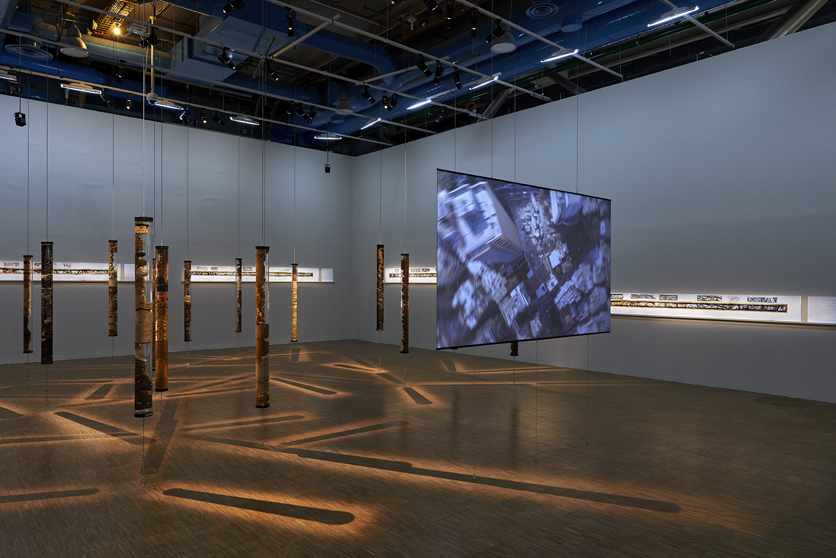 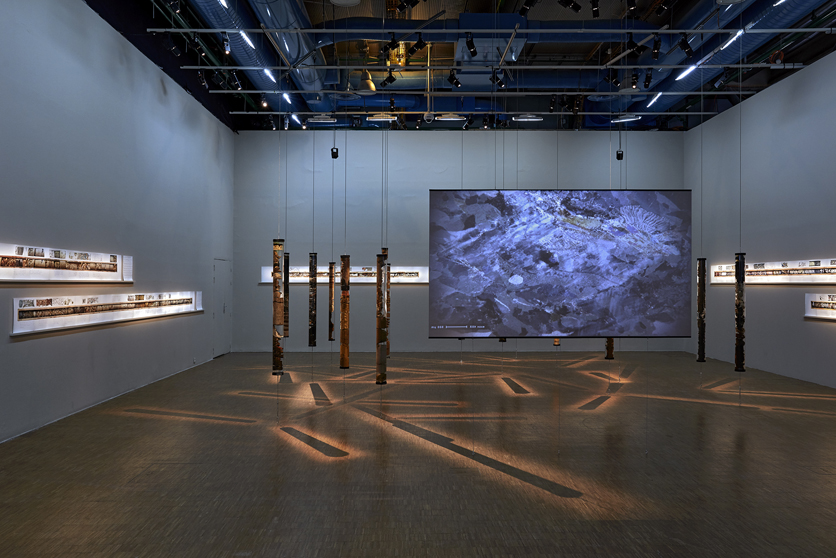 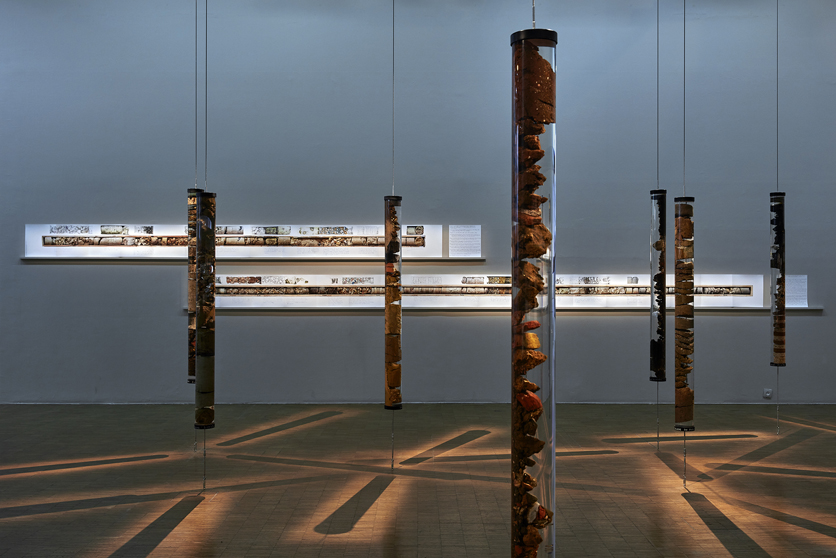 Winners of the Prix Marcel Duchamp 2017, Joana Hadjithomas and Khalil Joreige exhibit their new works at the Centre Pompidou along with the three other finalists.

Joana Hadjithomas and Khalil Joreige present artworks deriving from coring extracted from the underground of construction sites to be analyzed before construction. From these elements which are meant to disappear, they show the vestiges and the invisible transformations of buried cities and underground worlds, particularly under three omnipresent cities in their personal imaginary: Paris, Athens and Beirut.

These poetical recompositions unveil the geological movements between disaster and regeneration.

With the help of archeologists, historians, geologists and illustrators, the artists seek to tell some stories and transformations of our world. What do we perceive from the marks of history buried under our feet, from the disasters and the ruptures? Everything is leveled, buried, covered, then it all starts again.

The discontinuities or "unconformities" - temporal ruptures, geological accidents and disorders - question the possible stories and the representations of this complex and irregular history that do not consist in a succession of layers but in actions involving different ages and civilizations.

These poetical recompositions unveil the geological movements between disaster and regeneration, as well as the constant cycles of human construction and destruction like palimpsests, each civilization reusing the stones from the last one. The works question also the Anthropocene, an age that would mark the beginning of the durable impact of human action on environment, and sound the construction of the past in our imagination to explore the present.

Joana Hadjithomas and Khalil Joreige were born in 1969 in Beirut. They live and work in Beirut and Paris.