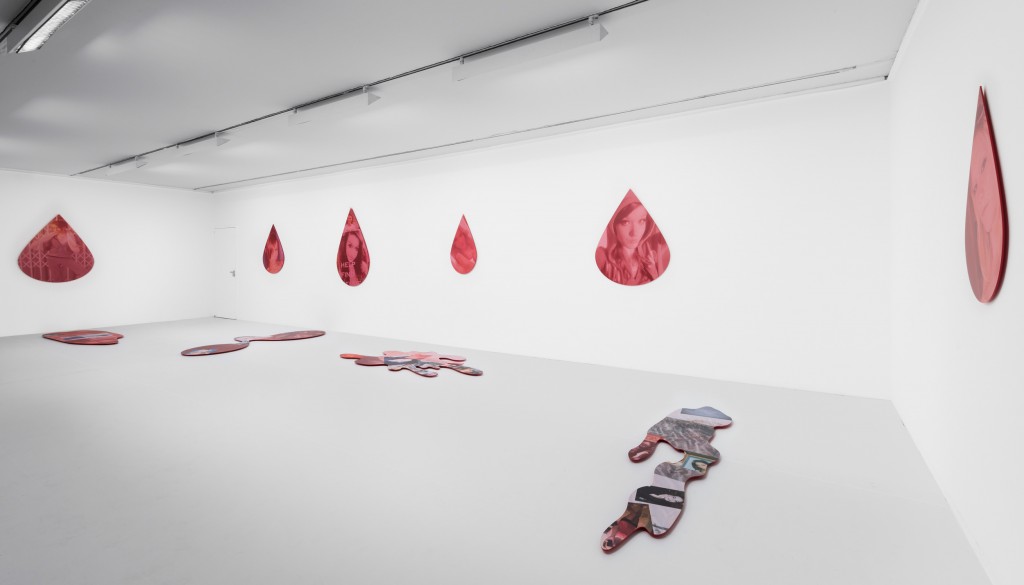 Installation displayed in the Espace 89+ within the Co-Workers exhibition at the Museum of Modern Art of the City of Paris.
Paris, November 17 – December 6, 2015.

All works : UV print on Plexiglas. 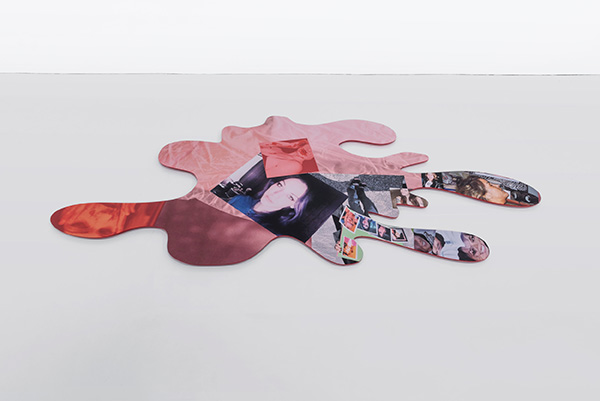 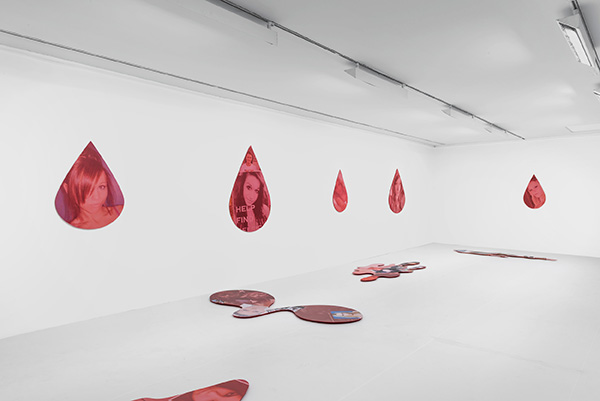 Darja Bajagić’s exhibition When Blood Runs Dark, displays a literal setting in which six red-tinted teardrops hung on the walls seem to coagulate into four puddle-shaped pieces on the floor. Each teardrop re-presents a single picture of a missing girl. Most of the pictures are selfies - semi-private pictures linked to intimacy, intended to be shared with digital “friends.” These pictures were widely circulated in the mainstream media in the searches of the girls, and their pixelated re-presentation echoes the way in which the artist sourced these pictures, on social media platforms such as Facebook and defunct Myspace pages. Darja Bajagić’s practice refers both to an analysis of the status of the image, as well as to a new type of “wanderer” that echoes Baudelaire’s promenades, where a click while surfing plays the role of a banal or scary view offered by a detour off a main street.

Six red-tinted teardrops hung on the walls seem to coagulate into four puddle-shaped pieces on the floor.

The puddles are a crowding of missing girls with tragic fate, mixed with music, and a variety of fetishistic pictures coming from the intensive collage practice of the artist. A soundtrack functions as a reading companion for the exhibition. The track, dark and doomy, slowly builds up to a momentum, and is reminiscent of medieval chant and war drums. Together with it, When Blood Runs Dark draws on the timeless inspiration of hovering aggression and sexual violence. Darja Bajagić’s exhibition deals with the rehashes, both by reenacting the way they have been internalized as a system of references and by displaying them raw.

Darja Bajagic was born in 1990 in Montenegro.
She works and lives in New-York.